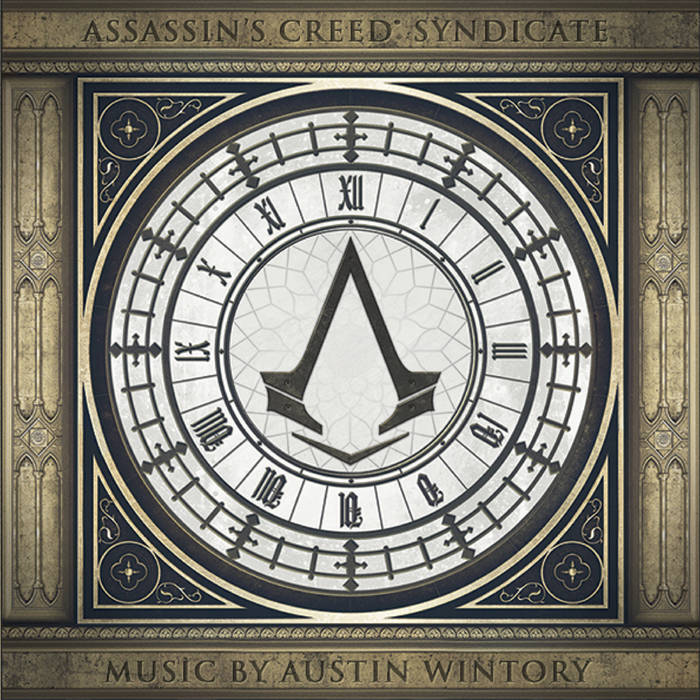 guccipater idk man something about it makes me want to jump on a train to London Favorite track: London is Waiting.

zenewk I honestly did not expect that a by-the-numbers AAA game such as ACS would come with a soundtrack this marvelous! So much character in every single track.. and the atmosphere... Favorite track: Soothing Syrup.

Met. Wahl Brings a whole storm of emotions and tears to my eyes and always leaves me considering returning to playing cello. All the easter eggs in the music, and Darling What A Night is one of the best tracks ever, nervous, fast, and sad.
more...

WHY AREN'T ANY OF THE TRACKS AVAILABLE TO STREAM????

I know, I know. It's complicated, but it's part of my agreement with Ubisoft which allows me to sell the soundtrack here at all. HOWEVER, the Ubisoft record label Ubiloud has uploaded the ENTIRE thing to Youtube here, so please feel free to stream it this way if you're here right now, but on the fence about the album:

Ok, now that we've sorted that out ... let me just say that this game ended up being a very personal project, which you wouldn't necessarily expect from a gigantic AAA franchise. But it's true, and rather than write a huge essay, I refer you to the PDF that comes with the download. In it you'll find liner notes that say everything I would've said here, plus full credits. And pretty artwork.

Nonetheless, I'll say again my deepest thanks to Ubisoft (particularly Audio Director Lydia Andrew and Music Supervisor Christian Pacaud, and Publishing Director Jeremy Blechet) for entrusting their baby to me. It was a true privilege.

One last thing: lyrics for those tracks with singing can be found by clicking on that track itself below.