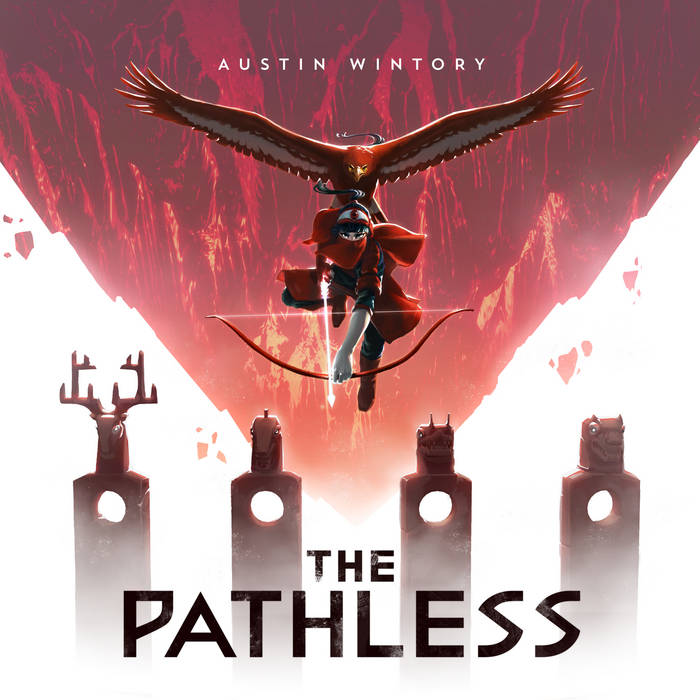 Keith Prescott not only is the music masterfully written, wintory's concept of culture in music is so poignant here. this instrumental makeup feels at once familiar and unrecognizable, ancient and yet alive.

jred99__ I love this Album because it makes me feel good. also Austin Wintory

garrickwinter More fantastic Austin Wintory music. This album keys into a lot of musical moments and themes from Austin's previous work, but with new sounds and emotions and melodies. If you listened to the music for Journey, Horn, Banner Saga, Absolver, and others he's worked on, you'll hear echoes of those reinterpreted and juxtaposed in new ways, making for an even richer experience.

Immediately on completion of ABZU, Director Matt Nava showed me some of his concept art for what was to be called THE PATHLESS. In every way, this was a more ambitious game than its predecessor, and the score ended up following suit. Musically, creatively, technically ... in every area, we tried to push past where we'd been and find something fresh. The result is a game and, I hope(!), a score which feels simultaneously ancient and familiar, yet utterly alien and new.

I've taken to calling it a "playable myth" as if Giant Squid has made a game out of the story we tell when describing an archetypal hero or character from a constellation. Yet there is no singular mythology it draws from. The seeds of the game and music both can be found all over the world.

It speaks to Matt's vision and especially the fact that, for all of the game’s grandeur and epic set pieces, the music is surprisingly intimate much of the time. As always with my writing, the performers are the heart and soul, but that's especially true in this case. Collaborating with the fabulous Tuvan trio of the Alash Ensemble yielded the backbone over which all the rest of the score is mounted. Between their effortless musicianship and the talents of the small army that followed them (104 musicians in total!), it might be fair to say that this is the most personally expressive score I've ever written.

I can't overstate my ongoing gratitude for the collaboration with Matt and Giant Squid. Their games are my dream projects and I only hope the music does justice to their outstanding work.