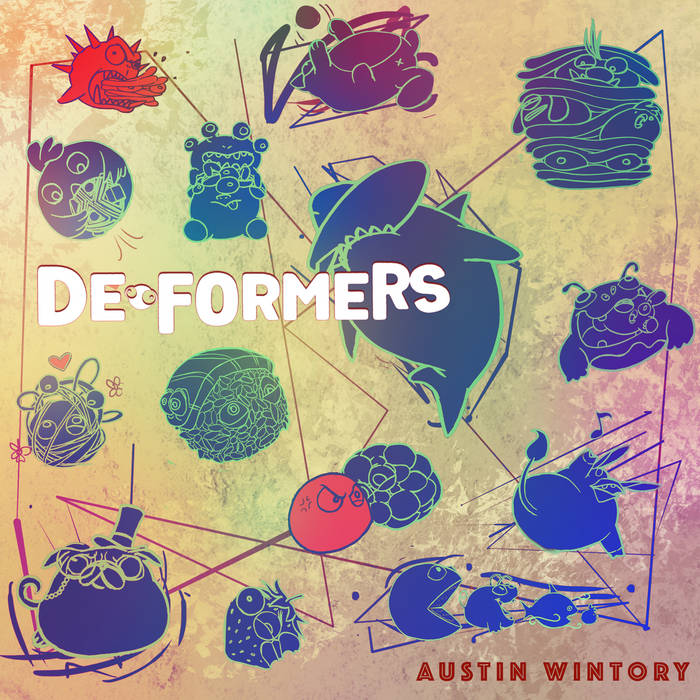 dkqwerty Simply a stunning achievement of genre-bending composition and pristine musicianship (Ksenija Sidorova KILLS it!). Nearly peerless among indie game soundtracks, Wintory's clarity of vision here is on par with the likes of Nobuo Uematsu's FF7 and Mahito Yokota's SMG soundtracks. One of the finest game scores that unfortunately too few people have heard from a game too few people ever played. Favorite track: Spherical Disharmony.

Kévin Piquemal An incredible album full of colours and joy. Lots of emotions going on and wonderful performance. Bravo!

Everett The feel is silly & squishy. More people need music like this. Favorite track: I was Born for Squish.

france001 I'm glad this album has Without VoiceOver option :p Overall, I love this album because the duel/fight music just gets me fired up! I've never heard this type of music before, and I think it's quite unique. thankyouthankyouthankyou! Favorite track: Spherical Disharmony.

I can honestly say I've never attempted a score anything like this. The Creative Director and a true kindred spirit, Andrea Pessino, had said early on that he imagined something "epic but whimsical." Embrace the silly but make it huge.

Even despite the openness of that direction, I remain astonished by just how much free reign Andrea and the devs at Ready at Dawn gave me. I came back with "what about an Italian western on steroids, mixed with psychotic circus music and flamenco?" No one seemed to bat an eye, and so here we are!

As is often the case with my writing, this really is all about the soloists and this score I think packs more talent into it than any other I've attempted. At the front of group is Ksenija Sidorova, undoubtedly the world's greatest accordionist. I could never overstate the joy in discovering her playing, and then collaborating to create this minor accordion showpiece. Alongside her are guitarist Scott Tennant and violinist Sandy Cameron, similarly peerless musicians. It goes on from there, including many other soloists plus the superb orchestral musicians of both London and Macedonia.

Having the chance to write music which is fun for fun's sake, with such a wild palette, and in collaboration with such tremendous human beings is something I don't take for granted. I could never say thank you enough.

Oh, and don't ask about Troy Baker's narration. I have no explanation.