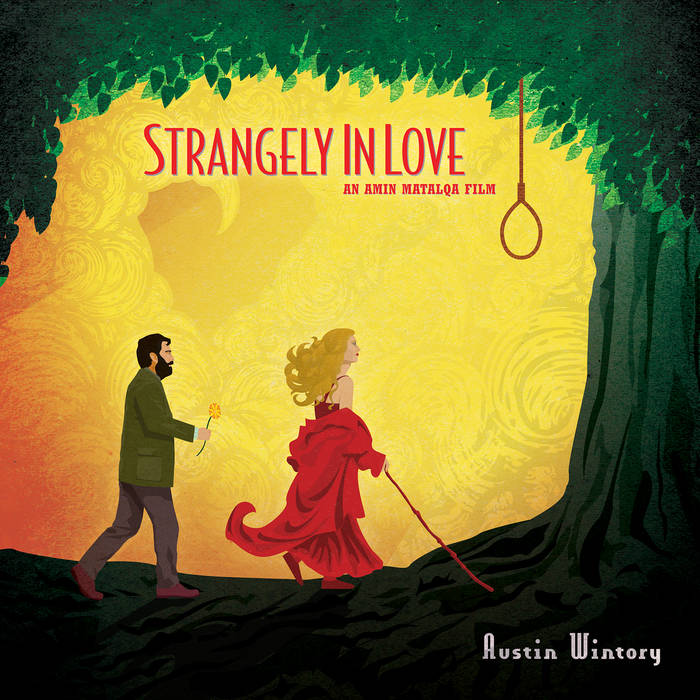 Films don't get any more personal to me than STRANGELY IN LOVE. The director, Amin Matalqa, is like my brother and a composer couldn't dream of a better collaborator. Amin builds his films to feature music as an overt narrator, in the spirit of directors like Steven Spielberg or Wes Anderson. I feel so lucky to call him a collaborator and even more to be his friend.

For STRANGELY IN LOVE, the quality we wanted from the score was this old fashioned, romantic Chaplin-era vibe blended with modern tangos and oddness. The superb soloists who helped me achieve that (Hermine Deurloo on harmonica and Scott Tennant on guitar) were indispensable. As is so often the case, they are the soul of this music.

A more fleshed-out Behind The Scenes look can be seen at the link below, but I'll just finish with this last comment: part of what made this film so special to make was how it brought together a group of friends. This was not a big budget project, and it only happened because we all just said "let's make a movie together!" And a lot of things in our lives changed after that, some for the better and others for the worse. So this film will forever be a monument to the end of a really significant chapter for us, and the start of a fundamentally different one. I don't know if that comes through in the music or on screen, but it will forever render the film important to me either way.

A look behind the scenes:
www.youtube.com/watch?v=-wmgSkTTl-g