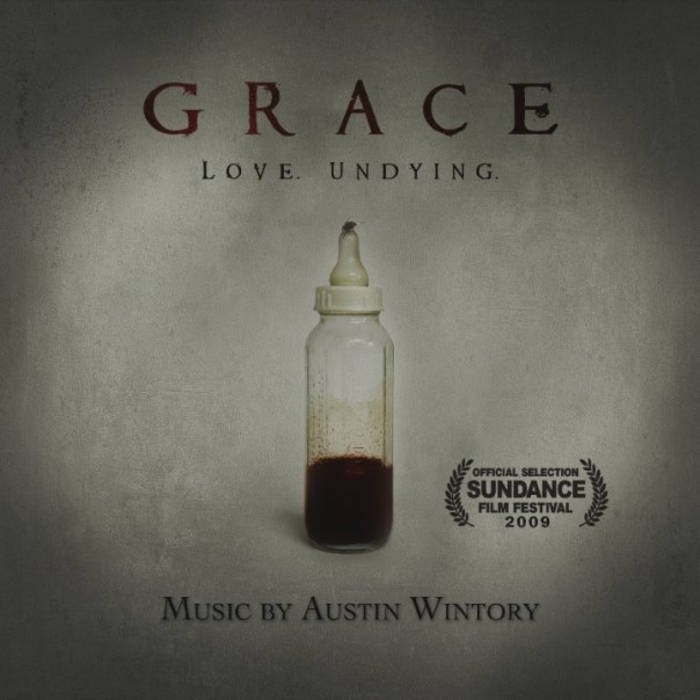 NECHOPLEX So unsettling that sometimes it's difficult to listen it all in one sitting.

Vecen Its Austin Wintory. No need to explain more ;P

My apologies in advance for such an obvious pun, but GRACE was, and remains, one of my favorite children. It's a score the likes of which I'd never even attempted before, delving into a world of strange recording techniques and procedures that had been almost totally absent in my career until then. For this score I made my "instrument" palette from recordings of horse flies, baby toys, actual human babies, vocalizations performed by the film's star, Jordan Ladd and all manner of sounds I recorded at the creaky old house on set in Canada. That was then layered with recordings of some traditional stringed instruments, "child like" instruments like recorded and accordion, the amazing vocal talents of Lisbeth Scott, and a massive all-brass-and-contrabass clarinet ensemble recorded at Abbey Road in the famed Studio 2.

But before I ever wrote any of that, at the urging of director Paul Solet, a "pre-score" was written to be played back on-set for the actors and crew. This score, 20 minutes in total, was realized entirely in my studio and ended up having an identity quite radically different from the final score. So now this "script score" is more like an alternative, much more violently visceral parallel universe version of the score.

Guests John Beltran and Kim Myhr walk us through their magical musical adventures.